It’s been a year since I attended my first ever Pride in San Francisco.  I proudly walked in the parade with my husband and our son down Market Street with throngs of LGBT supporters behind a gigantic rainbow flag.   It was a fun, energetic atmosphere that I certainly hope to repeat next year.  This year, it’s just not in the cards.  I have 2 college-aged boys coming home from school to start internships and summer jobs. June is too busy!  But not attending doesn’t mean I haven’t been thinking about Pride.

My position on Pride is a very personal one because I am the mother of a gay son. I am a heterosexual supporter of LGBT rights and would be even if I didn’t have a homosexual family member.  I feel very strongly that “justice and freedom for all” means “everyone”.  There is no fine print  citing exemption based skin color, religion or sexual orientation.  Period.  Childish arguments in which supposedly intelligent pillars of society voice concern about their “religious freedoms” being upheld is ludicrous.  Really with the pizza? C’mon people! The lengths some are willing to go to ensure their so-called “rights” at the expense of someone else’s personal freedom and well-being is horrifying and frankly, decidedly un-Christian behavior.

As a mother, I am adamant that all my children deserve the same shot as every other kid out there. When my son was younger, I felt particularly protective of him.  I was a Mama Bear with sharp claws and watchful eyes.  No one was going to bully him or make him feel unworthy without answering to me.  When he was afraid to fight back, it was my job to fight for him.  When he was outnumbered, it was my job to point out that numbers didn’t always matter.  Confidence might be shaken but that doesn’t mean you concede defeat.  It means you keep fighting.

There should be no hierarchy in a war for freedom and equality.  No one person is more deserving than another.  Your zip code, your job description, the kind of car you drive… who cares? If you adopt selfish ideology in order to feed your ego at the expense of the greater good, you have failed as a human.

There was an interesting story recently about a couple from Australia who threatened to divorce should the right to marry become legal in their country.  I read it and rolled my eyes.  Lame, I thought before pushing delete or writing a pithy commentary to the Twitter attachment.  (Probably something like “what a couple of douches”.)  I wish I’d thought to write something this clever and succinct.

“Rules are worthless if they are not based on principles. To make things really valuable, these principles should include equality, fairness, inspiration, nurture and positive development.

You are “quitting” not because of anything having to do with your own marriage or family, but because another family might be given the opportunity for security, honor and growth. Your rationale is not sound, it is not compassionate, nor would anyone on any side of it grow better because of it. Your proposed actions are, in a word … childish.”  Read the entire story here. 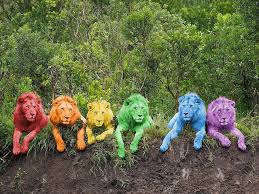 Parents, teach your children well.  Teach them compassion, empathy and kindness.  Remind them they are special not because of what they have, but because of who they are and who they can become.  They are valued members of society with a bright voice for the future.  They have the potential to pave the way for tremendous change, not just for tolerance, but for equal rights.  Encourage them to be proud of who they are and respectful of those who are not like them. Education matters, love matters, hope matters.  And yes… Pride matters.

This site uses Akismet to reduce spam. Learn how your comment data is processed.

Award-winning gay romance with a dash of humour. And no tea.

Love is What I See

Because Two Men Are Better Than One

author, human, and working hard to become stellar at life

Live Your Life, Buy The Book

Brilliant Disguise ... Other Worlds, Other Loves

The Land of Make Believe